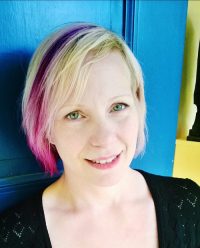 In godspine, Terri Muuss explores the kind of spiritual chiropractic necessary for a final escape from the trauma of sexual abuse explored in her first collection, Over Exposed. From deep forays into dissociative episodes to reclaiming her sex and sexuality, from crafting praise songs to the earth to celebrating the body that has held her through everything, Muuss charts a triumphant course for a restless mind demanding release from the shackles of a devastating past. These poems boldly press and adjust the body of trauma until it aligns with the spirit of survival.

In godspine, Terri Muuss takes the reader on a journey of survival: the rubbing world of men. What does it look like to make a life after horrors are inflicted upon the body? What does it look like to not only exist but also live? What is it to be a woman in this world, one-in-three of us? In this second collection, Muuss does not mince words: rape is the business, but beyond that, there is a clear and deep industry in love. Muuss tells us that time is not poetry, but in the pages of this collection, time offers us the endurance to become gifts, to become who we are meant to be. It is a prime collection, a salve for those in need.

In the beginning there was the word, and the word in Terri Muuss’s poems is so powerful—the images and moments so raw and sensual, so frightful and beautiful and painfully true—they shake us out of our culturally inflicted stupors and induce awe. Terri Muuss is a wonder and an inspiration.

In godspine, words hit hard, hit deep, sewn together to make beauty, discomfort and unease and, more than that, to make us brave. Words to make us brave. Poem Written While Listening to Brett Kavanaugh will stay in you, through you. This is the power of Terri, whether it’s She grips a gun or Our moans hold the line of truth, Terri Muuss is a force of nature. Grab hold of her. I did, and I am so grateful, so hugely grateful.

godspine details one woman’s journey away from her own unmaking. In this rattling collection, Muuss guides the reader through the unimaginable, revealing an extraordinary but simple truth: trauma survival is an act of will. With images of a thousand fists in my mouth, Muuss goads the mind’s unrelenting sabotage, proclaiming, I had to exist. The reader can neither shed nor look away from these poems because we, too, exist and resurrect amid these pages. Nothing is left, she reminds us, but to begin it all/again. A remarkable testament to why we have named this survival.

Terri Muuss is a social worker, director, performer, speaker and author who has been raising awareness about the prevalence of sexual assault and rape since long before the much needed surge of the #metoo movement. Terri’s first book, a poetic memoir excavating her own experiences with sexual abuse and trauma entitled Over Exposed, was nominated for a Pushcart Prize and named Runner Up for the 2018 Eric Hoffer Book Award in Legacy Nonfiction. On stage, Terri has performed her autobiographical one-woman show, Anatomy of a Doll, at conferences, colleges and theatres around the US and Canada since 1998. In 2016, Terri co-edited an anthology of New York women poets entitled Grabbing the Apple and her own poetry has appeared in dozens of journals, including Stirring, Luna Luna, Cagibi, Atticus Review, Paterson Literary Review, Indiana Journal of Feminist Studies in Religion, Taos Journal of International Poetry & Art and the inter-continental anthology Veils, Halos & Shackles: International Poetry on the Oppression and Empowerment of Women. She has received two Best of the Net nominations, as well as two additional Pushcart nominations, for her work. Terri lives in New York with her husband, author Matt Pasca, and her two redheads, Rainer and Atticus. 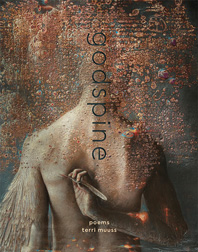 Godspine is available directly from
the publisher for $25.00 with free shipping.