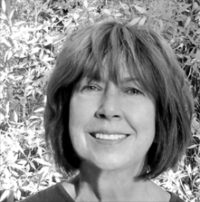 This extraordinary new edition of Trembling in the Bones, by award-winning poet and fiction writer Eleanor Swanson, commemorates the 100th anniversary of the Ludlow Massacre in the coal fields of southern Colorado and honors those who perished through a series of interlinked poems. With an introduction by Veronica Golos, An Historical Perspective by the author, Notes on the Poems, and Discussion Questions, this book is a must-read for everyone, including AP American History and AP English high school classes and for all those at the university level.

Trembling in the Bones: A Commemorative Edition was selected as Regis University’s First Year Reading Selection for 2013.

One of the effects of great a poetry is to shock and move us to rage. We can see it in Goya’s The Third of May, 1808 where Spanish freedom fighters are lined up against a wall in the dark of night and shot by French soldiers. Closer to our own age, we see this ability to shock, move us to tears, and make us raise our fists in protest and solidarity in the poems of Eleanor Swanson’s luminous narrative about one of the most shameful incidents in American labor history. [It] is a dazzling collection…Swanson’s language is both spare and evocative, bluntly descriptive and deeply moving, as she lays out the horror that unfolds when some have all and others want their fair share.

Eleanor Swanson’s work has appeared or is forthcoming in a number of publications, including The Missouri Review, Black Warrior Review, High Plains Literary Review, The Denver Quarterly, and The Southern Review. Awards include a Fellowship from the National Endowment for the Arts and a Colorado Council on the Arts Fellowship in Literature. Her first poetry collection, A Thousand Bonds: Marie Curie and the Discovery of Radium, was a finalist for the Colorado Book Award. Her debut short story collection, Little Houses, was published by Stephen F. Austin State University Press. Her third book of poetry is Memory’s Rooms (Conundrum Press). Dr. Swanson received the Prize Americana for Prose 2013 for her short story collection, Exiles & Expatriates.

A native of Miami, Florida, Swanson now lives in Denver, Colorado and teaches environmental literature and fiction and poetry workshops at Regis University where she is a professor in the English Department. 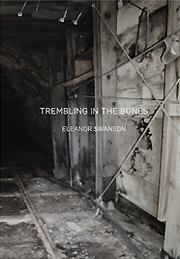 Trembling in the Bones